To most chefs, writing a book according to their own vision and filled with their own recipes is much more than just another project. This is also true of Heiko Nieder, who has been in charge of the award-winning food served at The Restaurant ever since the Dolder Grand opened in 2008. For Nieder, bringing out his own cookbook was an idea that occupied him for many years before he was able to make this dream a reality.

By DAVID SCHNAPP, JOURNALIST AND AUTHOR «THE RESTAURANT» June. 30, 2021 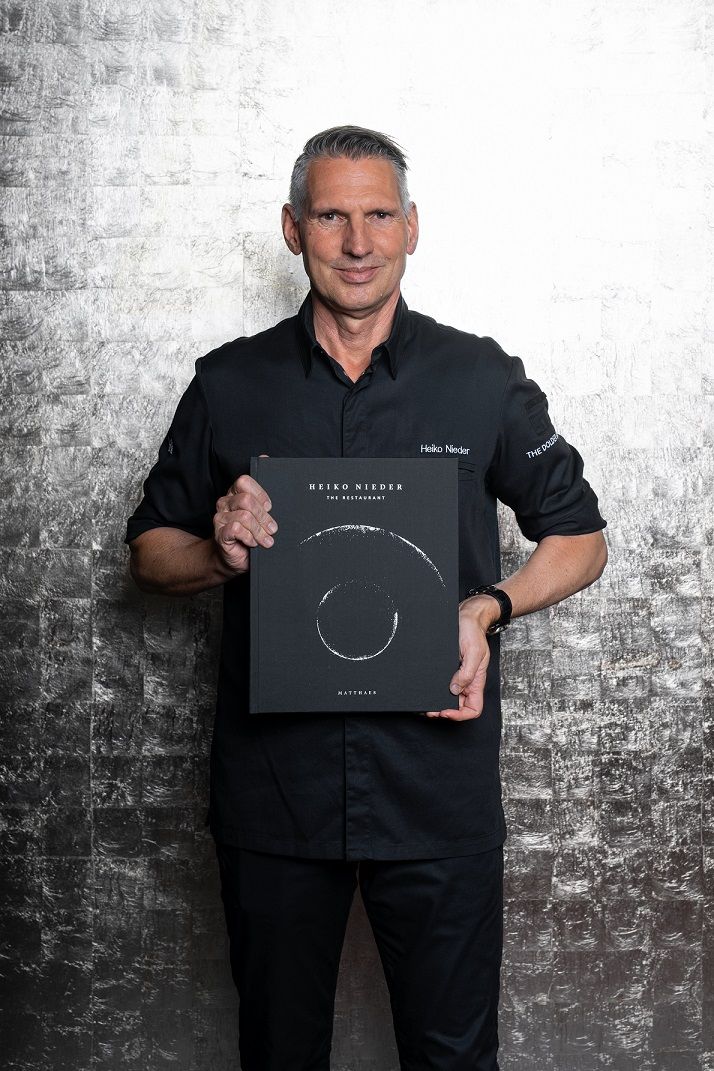 Now his new book is being published – simply titled «The Restaurant», it is bound in black and embossed in silver, a reference to the silver foil that clads the guest room of the establishment that gives the book its name. «I wanted to ask you something», Heiko Nieder said to me one day after one of the many, many lunches or dinners I have enjoyed at his restaurant. «How would you like to write the texts for my cookbook?», he continued. 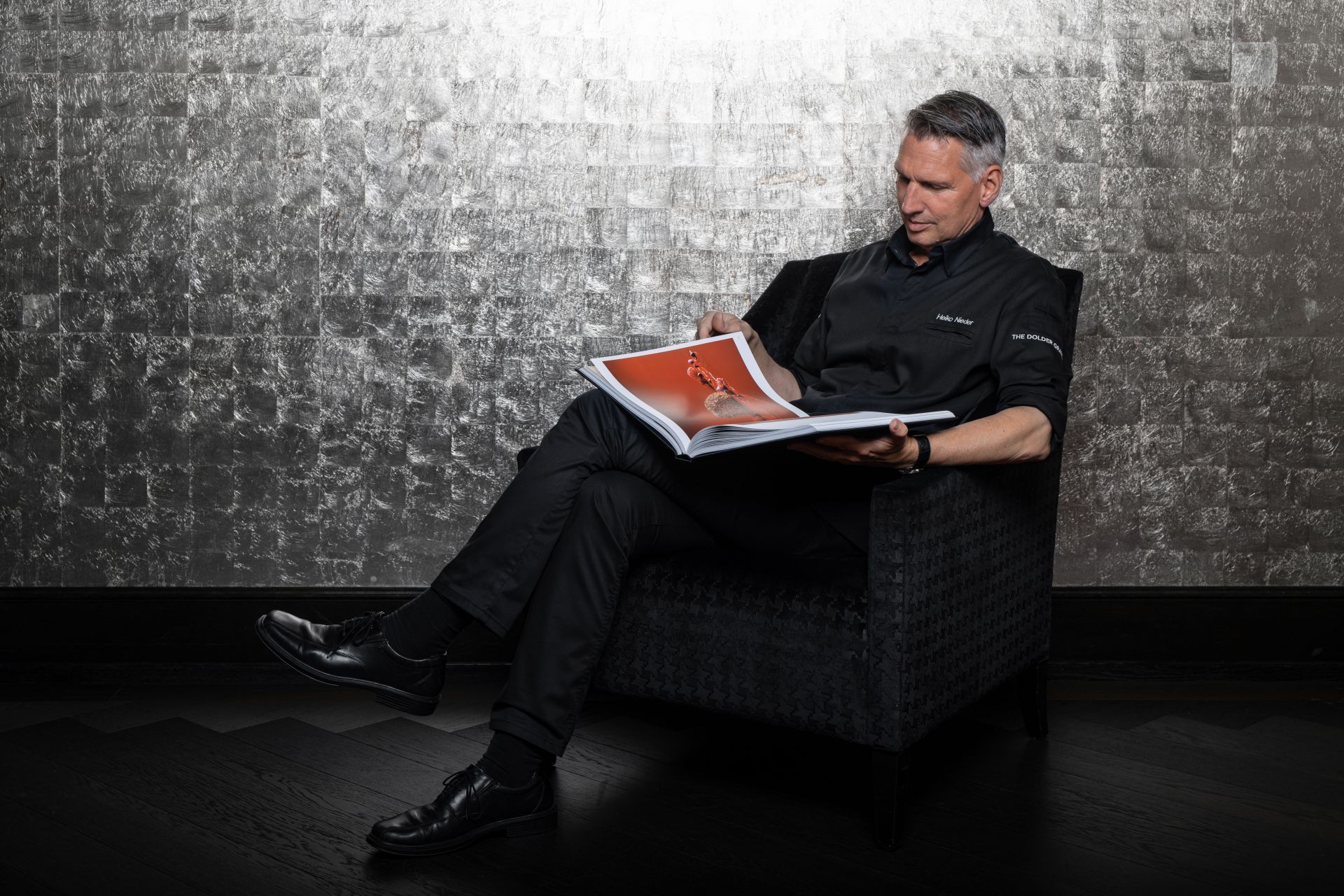 Heiko Nieder and his cookbook

There are some offers that, as a passionate foodie and writer, you cannot refuse. This was one of them. Collaborating with one of Switzerland’s finest chefs and assisting someone as blessed with creativity and culinary expressiveness as Heiko Nieder in transforming a grand idea into reality was a fantastic opportunity.

Heiko usually has a pretty clear vision of how he wants things to be – and also why things should be the way he envisions them. This is what makes him unique not just as a chef, but also as a leader. Yet this doesn’t always make for plain sailing, as clear visions need explaining and, ultimately, implementing – something that, in the case of this cookbook, required time and plenty of patience.

It took several years after the original idea was conceived until The Restaurant was published. Turning a book into reality is the result of many people all enthusiastically pulling in the same direction as the work’s originator himself. In this case, it took one photographer (Fabian Häfeli), one dedicated publisher (Matthaes) and several others besides. 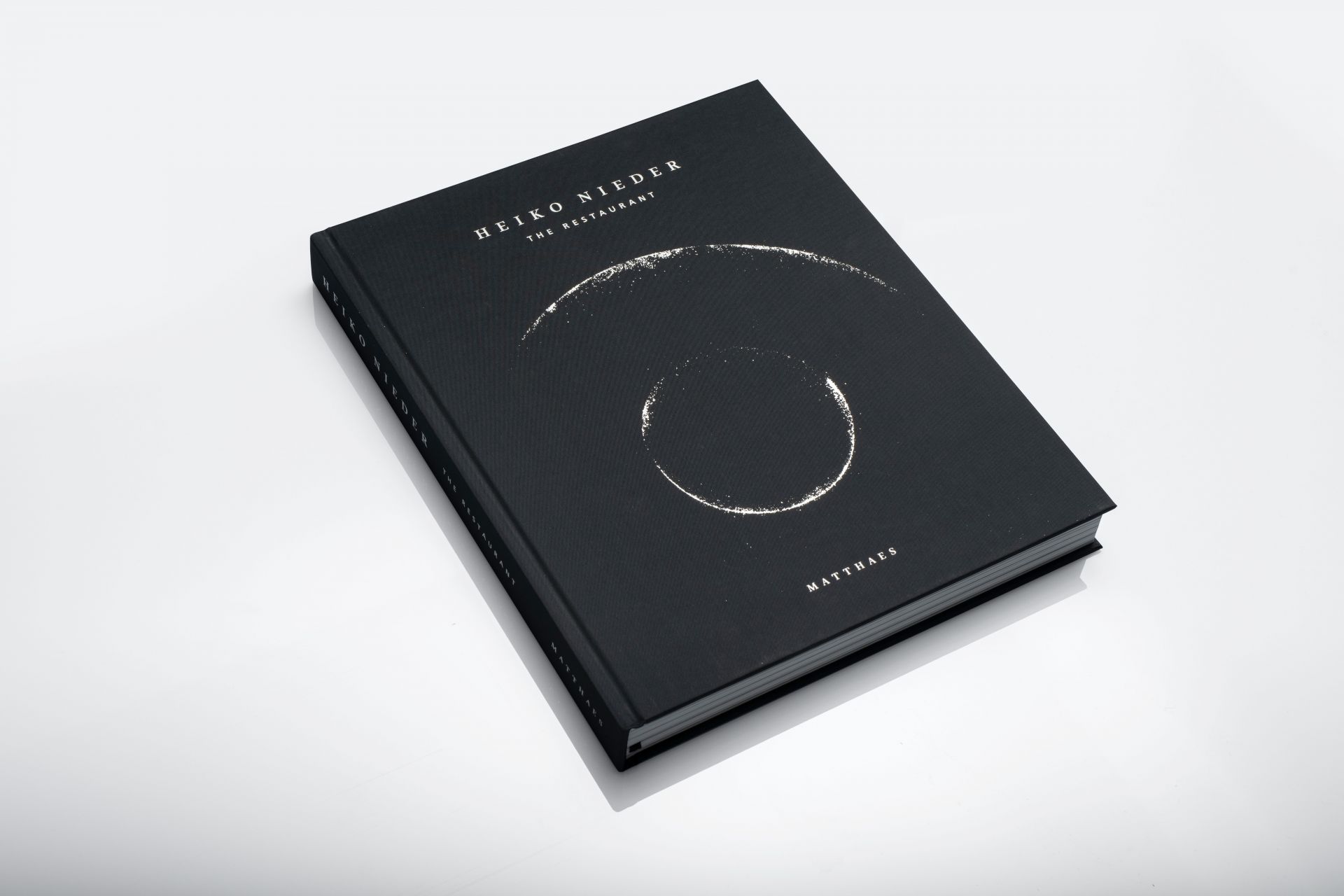 After a long series of conversations with participants and stakeholders, the actual work on the book began in spring 2018 and the project soon gained traction. Heiko Nieder and I arranged long lunches for each of the four chapters – titled Spring, Summer, Autumn and Winter – during which I ate all the dishes of the respective season so that I could later verbally represent them in the form of short texts – a task that was as wonderful as it was intensive.

We had almost completed all the photographs, texts, recipes and several rounds of editing when the global coronavirus pandemic broke out and, to top it all, the publishing company was sold – both events meant that all the good ideas and intentions, as well as the almost-completed book itself, suddenly had to be put into a state of induced slumber for the foreseeable future. 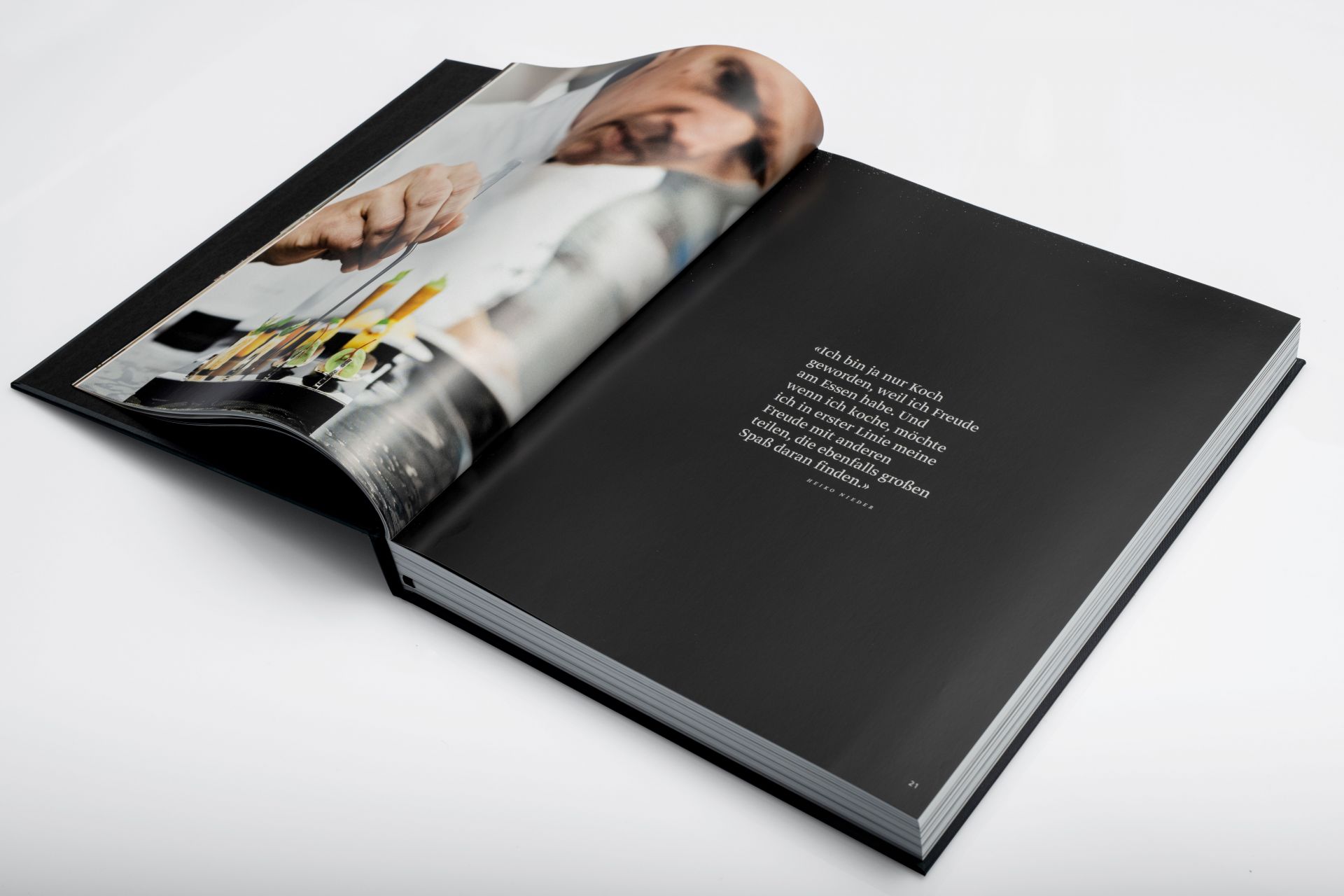 But then we did finally get the wake-up call one day out of the blue, and the project was brought back to life. Heiko Nieder’s «The Restaurant» will be published in the coming days. I am biased, but it is a truly beautiful book that we had to fight and muster great patience for. The result is a culinary chronicle that depicts the work of a chef who began cooking because he loves to eat, and who is driven by his own creativity: «I love being surprised by my own ideas», is how Heiko Nieder puts it. And the fact that this likeable, eclectic approach to culinary pleasure – which is what this book is ultimately about – can take unique and at times surprising forms is now documented for all time in writing and colour photography across exactly 384 pages.